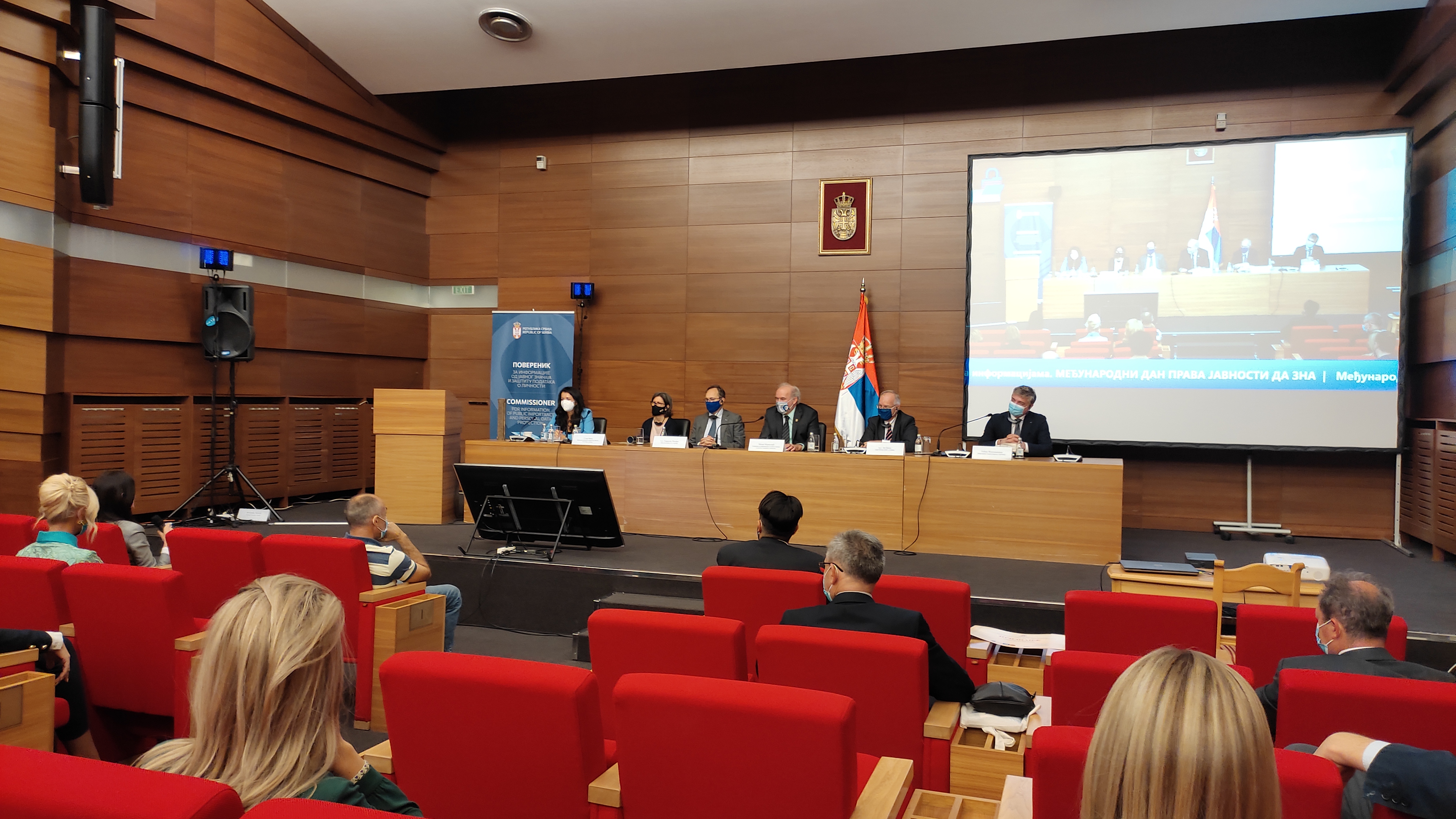 "This day is marked in anticipation of the adoption of the Draft Law on Amendments to the Law on Free Access to Information of Public Importance, which should lead to easier, greater and more efficient exercise of this right," said Commissioner Milan Marinovic on the occasion of the International Right to Know Day.

By adopting these amendments to the law, the institution of the Commissioner would have the right to request from any authority in Serbia access to information and request the submission of all documents which would determine if there were any violations. Also, the "administrative silence " on the submitted request for free access to information of public importance would be sanctioned by the Commissioner by imposing a fixed amount fine.

In addition to Commissioner Marinović, representatives of foreign delegations also took part in the introductory speech:

the head of the EU Delegation to Serbia, HE Emanuele Jiofre,

Head of the OSCE Mission to Serbia Jan Bratu,

Head of the Council of Europe Mission in Belgrade, Mr. Tobias Flesenkemper and

They agreed that changes to the law are necessary to increase transparency in the work of public authorities and praised the work of the Commissioner's institution in order to improve the public's right to know, as a significant support to strengthening democracy in Serbia.

The Commissioner also awarded prizes to the State Bodies whose work has contributed the most to the improvement of the right to free access to information for 2021.

In the category of the Highest State Bodies, the award was conferred upon the Supreme Court of Cassation,

in the category of Republic bodies upon the Ministry of Public Administration and Local Self-Government,

in the category of Judicial Bodies upon the Appellate Court in Kragujevac,

in the category of Provincial Bodies upon the Assembly of AP Vojvodina.

The best Information Booklet award was given to the High Court in Kragujevac.

After two years without laureates, special recognition for the greatest contribution to the affirmation of the right to access information was given to USAID, which through the Government Accountability Initiative provided great assistance in raising the visibility of the institution of the Commissioner, in creating the logo, organizing a large number of trainings, educational materials and forums on current issues in the field of this right.

"If the draft law is adopted, the Commissioner would be given the opportunity to open offices outside his head office (main office), which would finally give all citizens of Serbia equal access to this institution," said Commissioner Marinovic at the end of the event.

This day is being marked for the 16th time in a row, in cooperation with the OSCE Mission to Serbia. A video of the event can be viewed on the Commissioner’s ;YouTube channel.